Brian Walch | Medical Linen Sorter/Technician
Curtis Bash, manager of Kalispel Linen Services knew when he interviewed Brian Walch, he had found a great match for the needs of his company.

“He had a great attitude and was very positive when we met- and since then, Brian has lived up to all my expectations and more.”

For Walch, 44, the job has been a perfect fit and he’s excelled in the position.

“We started him at part-time but he showed me from the get-go he was ready for full -time and full benefits,” said Bash. “He has brought a lot of joy to us here in a work environment that can sometimes be very chaotic. Anything I put Brian on he’s up to the task and his attendance record has been perfect.”

Kalispel Linen, a large new linen laundering facility owned by the Kalipel Tribe has been working with SL Start since its’ opening, to help place individuals with disabilities into full or part time jobs at its’ facility. In addition to servicing all of Northern Quest’s linens, they also have contracts with Holy Family and Sacred Heart Hospitals.

Walch has been working with SL Start for the last 19 years. In that time he has developed a very close relationship with his primary employment consultant, Sarah Trenn.

“Brian’s interpersonal skills have flourished in this job and it has been by far the best fit we have found. Now that Brian has been promoted to full-time, we have worked with him to help him transition from the world of SSDI (Social Security Disability Insurance) to the world of full time work and benefits,” said Trenn. “He was scared at first but it’s been wonderful to see him flourish and bravely move forward.”

Working at Kalispel Linen has been more than just an employment opportunity for Walch. It has also been an opportunity to connect with a new family of co-workers.

“He’s the best boss I’ve ever had.I have experienced a lot of discrimination in the past, but Curtis was very accepting and accommodating from the beginning, helping me to be a better employee.”

For many individuals with disabilities, choosing to work full-time can be a stressful decision as it may mean the loss of Social Security benefits. Brian, facing this dilemma, decided it was time to move on.

“I’ve had SSDI most of my life. I lost that when I went to full time but that’s ok because it feels so much better to ‘Man-Up’ and earn my paychecks.”

Walch feels that there are many opportunities out there for people of all abilities. He encourages others to choose the path he has chosen.

“A lot of people put their disability in front and it holds them back. I choose to put it behind me and I have been able to accomplish so much more because of that. I always tell people to hold on to your dreams and don’t let anyone tell you that you can’t succeed.” 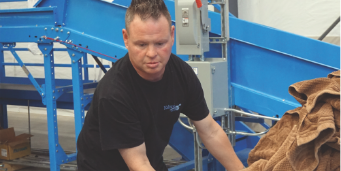 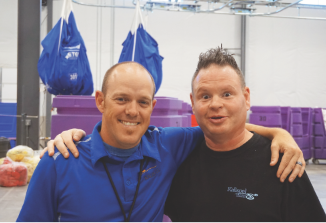 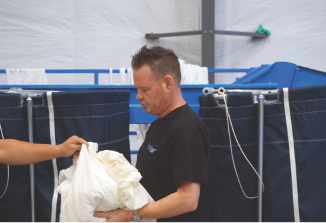